Presented by Gifts of the Spirit

Raku Pottery at its finest.

You will FALL in love

Be sure to sign up for the newsletter.  Right now, the studio is taking subscriptions and when they reach 500 they will be giving away some NICE PRIZES.

Click on their site and SEE the STUDIO and POTTERY –

You will Love  your visit to this PHOTO page.

Who Is Lynda McKinney Lambert?

thank you, Sally Cronin, for such a nice writeup in Smorgasbord Magazine Blog today. I am honored to be part of The Sunday Interview series. I’ll be sharing this article on my Social Media and my 2 blogs today, too. The magazine is just gorgeous!  And, I just read this fact: 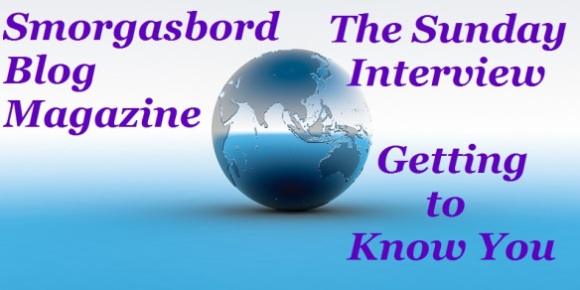 My guest today is American poet and author Lynda Lambert who shares what is in her briefcase and purse, her fashion sense, a book close to her heart and dreams.

Lynda Lambert (b.1943) was born in Ellwood City,PA Her academic training is in Fine Arts and Literature. She was a professor of Fine Arts and Humanities until 2007 when her teaching career was cut short suddenly due to sight loss. Her art has been exhibited world wide since 1976.

Her first book _Concerti: Psalms for the Pilgrimage_ is a collection of essays, poems, and drawings she did over a 10 year period while teaching in Salzburg, Austria

Lynda McKinney Lambert lost much of her sight in the fall of 2007, cue to Ischemic Optic Neuropathy. She retired from teaching full-time a year later.

She writes and makes mixed-media fiber art full-time. She uses adaptive technologies for the…

in which I am inspired while visiting  the Andy Warhol Museum in Pittsburgh, PA.

with black ink on white paper

I saw them on the gallery wall

with black ink on white paper

I saw them on the gallery wall

snapped a photo of those shoes

he must have used a skinny brush

snapped a photo of those shoes

who could wear such shoes?

my tired feet began to throb

Below: “my feet began to throb…” 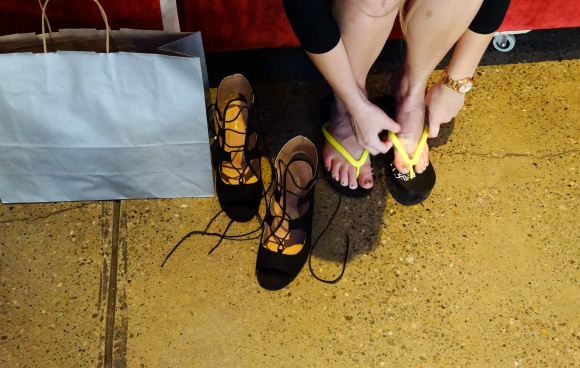 View my Blog at:  Walking by Inner Vision

Lynda McKinney Lambert is the author of “Concerti: Psams for the Pilgrimage” published by Kota Press.

Currently, she is working on a new book of short essays, and two collections of poetry for publication in 2017.

Lynda McKinney Lambert is the author of “Concerti: Psalms for the Pilgrimage” published by  Kota Press. To order this book, click here:  Concerti: Psalms for the Pilgrimage
Lynda  authors two blogs on writing, the humanities, arts, and faith.
She is a freelance writer and her poetry and essays appear in numerous books and literary journals.  She is a retired professor of fine arts and humanities and she exhibits her fiber arts in exhibitions worldwide.
Currently, Lynda  has two books in development for publication in 2016.
Contact me:  riverwoman@zoominternet.net

“In Which I Find Color in Late Winter”

It was late this  morning when  I opened the bedroom blind. My husband, Bob, was still in bed.  We were so happy to see that the entire winter landscape and sky appeared to have a bright blue hue washed all over it.  I thought of a watercolor painter who mixed up a

very thin wash of color and brushed it all over the blank canvas.    It looked like someone had painted this brilliant landscape and put the shades of blue everywhere! Turquoise, Cerulean, Azure, Caribbean, Sapphire, and Cobalt – every shade of blue was overlaid on the picture we viewed from our window.  The delicate colors of the morning gave us a feeling of celebration in the early morning light today!

Since we just completed the first week of February, I decided to write about it today!  I thought about what to call this time of year. I know so many people begin to complain and lament the weather and dread the daily forecasts of storms and low temperatures. We seem to be in a deep freeze some days, with winter snow storms and squalls moving over the land like waves on an angry, stormy ocean.  The official designation of February is labeled, “Late Winter.”  That’s because it will be awhile before spring is here.  Spring will arrive on March 21st – and right now, we often feel like that is a long way off. However, that is exactly why I want to speak of the glorious colors of winter and its beauty today.  Maybe you will join me in appreciation of February this year. We still have a lot of time to do that because spring is still quite a distance away for us.

Another unusual aspect of February is that is can be cunning and tricky with the environment. In particular, February days often warm up so much in the afternoons that it seems like spring arrived. Often in the first week of February, flower bulbs that are sleeping in the cold soil are tricked into thinking it’s time to wake up, push up some leaves, and bloom!   The ancient Celts thought that the earth wakes up in early February.  They believed the earth goes into a deep winter sleep during Halloween time.

Have you noticed the beauty of the wide range of colors at the beginning of February yet?

Winter colors, sensitive and subtle, or stark and vivid, are all around us in the month of February. Sometimes, if we focus on the harshness of winter’s storms or the labor of shoveling snow from sidewalks and streets, we might overlook the full palette of winter colors that surround us every day.  February’s landscape can go unnoticed if we are focused only on the challenges of Late Winter.

There is far more magic to find in the white snow or crystal ice outside our windows these days.  I recently stopped, looked around slowly at the winter landscape. I wanted to see what more there was beyond the snow and ice.  During the first week of February, I was outside with my dogs in the early morning, before daylight.  When I looked up into the pre-dawn sky, I saw that the moon was full. 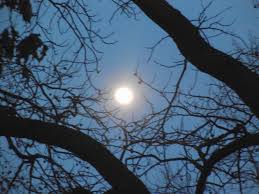 This February moon is called the “Full Snow Moon.” That’s because February is the month when the heaviest snows fall on the earth.  Hunters are out trying to find wildlife to shoot but it is difficult to find animals in the deep snowfall.  Because of this, Native Americans called the moon, “Hunger Moon.”

As I watched the sky, light from the moon illuminated the night sky in every direction.  The stillness of the celestial scene mingled with the thrusting branches of the stark winter trees in the woods below.  I became aware that I had to observe this glorious scene through the many bare branches of an ancient maple tree. From my vantage point on the ground beside the maple tree, it seems like I viewed the sky through the loose warp and weft of a tapestry that was created by the tree as it reached upwards and spread its arms like an enormous fan between me and the “Full Snow Moon.”   The entire tree appeared to be made from the darkest, deepest shade of sapphire blue.   The softest shade of indigo appeared to be painted across the entire sky in every direction from the east to the west where the moon was descending.  Liquid sky color mingled through the negative spaces of the branches.  The color reminded me of my own grade school days, in the 1950s, when I wrote my alphabet letters on a lined paper.  I dipped my  pen,  in and out, of the  bluish ink in the  well cut into the wooden  desk  This  sky was the  hue  that would be created  if I  mixed  a drop of the India Ink into a small cup of water.

The full moon seemed to hover beyond the tree branches, above the woods, and seemed to quiver with anticipation because it was about to disappear forever

Look for the colors of February this month!  They signal that in the heart of deep, frigid Late Winter t there is glory and a sense of the divine.  Take a deeper look;   see the hand of the Master Artist.   There is a full range of values in the February palette Take your time, and see what you will find in your own little place on this earth, this month.

Whatever time of day it is when  you read this message, will be the perfect time to see the colors of February! The dazzling Late Winter show is a gift from God and it is  free for everyone to discover if you live in a place where you have a real old-fashioned winter time.  If you do, I say,  “Give February a chance!”